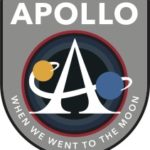 Apollo: When We Went to the Moon Claimed

Apollo: When We Went to the Moon

This hiring fee is set for the following exhibition format:
Turnkey

July 20th, 1969, four days after three men left the Earth atop the Saturn V, man set foot on the moon.

Apollo explores the causes and forces that sparked the Space Race, a decades long rivalry between the United States and the USSR. The exhibition, featuring objects and artifacts from the U.S. Space & Rocket Center’s archives, sets the scene of the era, exploring the social and political forces that pushed these nations to sacrifice man and machine in order to be the first humans to set foot on the moon.

The Rocket Men – The JFK Imperative – The Achievements and Space Race – The Cold war, Kruschev’s Threats – The Apollo 11 Launch & Landing – The Apollo Missions – A Way Forward, Together – Back to the Moon and Beyond

The Sound of Charlie Chaplin