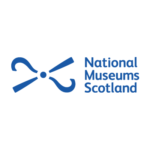 This touring exhibition is a unique opportunity for audiences to discover the fascinating story of 200 years of British global exploration through National Museums Scotland’s remarkable and unprecedented encyclopaedic collection of objects used and acquired by explorers from 1750 to 1950.

Exhibition overview
From the 1400s, with the advent of new maritime technologies, fields of intellectual enquiry and economic aspirations, European countries entered an ‘Age of Exploration’ as they sought to navigate, map, understand, own and control new worlds beyond the limits of their knowledge. Britain was a relative late-comer to the ‘Age’ but from the late 1700s to the early 1900s, in parallel with the growth of British imperial ambitions, it became one of the most important nations in global exploration. Drawing on its uniquely diverse and comprehensive collection of cultural, natural and scientific explorer material, dating from the 1700s onwards, only National Museums Scotland can tell this story so fully.

The exhibition will focus on the four major British exploring obsessions of this period:
• Mapping the Pacific
• Finding the North-West Passage between the Pacific and Atlantic Oceans
• Navigating the interior of Africa
• The new global scientists. Focus shifted from discovering places to exploring those places in detail through botany, archaeology, anthropology, and other sciences.

A fresh narrative: Indigenous peoples and female explorers.
In contrast to other explorer exhibitions, this narrative will draw out hidden histories of exploration. It will give equal weight to female explorers, particularly those who explored the African interior and the world as scientists. It will reflect on the impact of exploration on Indigenous peoples and its legacy today and it will highlight the role of Indigenous guides, leaders, mediators and porters in exploration. In addition, by including examples of earlier exploring cultures in each region, it will explicitly recognise that British explorers were often only discovering things, places and peoples that were new to them but not to Indigenous peoples who had come before them.

Mapping the Pacific
The Pacific narrative will be told through the three voyages of James Cook from 1768-1779. A controversial figure in the Pacific today, Cook’s voyages were amongst the most influential explorations of any European, supporting new developments in astronomy, oceanography, meteorology and biology, and contributing toward the foundations of ethnology and anthropology.

Finding the North West Passage
The North-West Passage narrative will tell the story of James Cook, William Parry, John Ross, Frederick William Beechey, John Franklin and John Rae who all undertook separate failed Arctic voyages to find a shipping route between the Atlantic and Pacific oceans to open new trade routes between the north-west coast of America and Europe.

Navigating the interior of Africa
By the late 1800s much of the interior of Africa was still relatively unknown to Europeans, eventually leading to an intense phase of exploration in advance of and in parallel with colonisation. British explorers from this phase include famous figures such as David Livingstone who traced the Zambezi and Limpopo Rivers, and Lakes Malawi and Tanzania, alongside less-well-known, but no less remarkable, ones such as Olive Macleod who explored Cameroon, Chad, and Nigeria.

The New Global Scientists
As the world was being mapped, focus shifted from discovering places to discovering ‘things’ through science. Diverging from imperial expansion, it opened British exploration to other parts of the world, including Asia, and many more women engaged in this phase. This section will tell this story through famous expeditions such Charles Darwin’s Voyage of the Beagle, and the Challenger Expedition of 1872-1876, which visited all the world’s oceans except the Arctic, and less-well-known ones such as Amelia Edwards archaeological explorations of Egypt, Lilian Le Mesurier’s early ethnographic and anthropological exploration of Ladakh (Little Tibet), India and Isobel Wylie Hutchison’s botanic explorations of the arctic.

Photographs
Sculptures
Decorative objects
Technical objects
Created In
2019
Available Package Options
Collection and interpretation
Technical Requirements
High security
High conservation
Languages
English
Additional Information
Exhibition Curator
John Giblin is Keeper of World Cultures, National Museums Scotland. He leads a department responsible for collecting and researching the material culture of ancient, historic, and contemporary societies outside of north-west Europe, including the Ancient Mediterranean, Asia, Africa, the Americas, and Oceania.
John has extensive experience in the research and curation of exhibitions and permanent galleries and was until April 2018 the Head of the Africa Section at the British Museum.