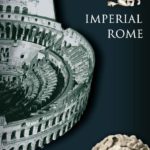 
This hiring fee is set for the following exhibition format:
See all available package options
Core Experience
Panels and graphics
Original collection
The old saying that “all roads lead to Rome” was most certainly true in the days of Imperial Rome. Although the origins of Rome began with a small village of huts near the banks of the Tiber River in the 8th century BCE, it was during the era of Imperial Rome, from 27 BCE to about the mid 3rd century, that Rome as the dominant political, economic and military power of the western civilized world, also achieved its utmost cultural impact affirmed throughout the larger sphere of Roman influence. Undoubtedly, one of the greatest imperial powers ever, at the height of its might, the vast Roman Empire encompassed England in the north, all of continental Europe west of the Rhine and south of the Danube, most of Asia west of the Euphrates, the coastal areas of Northern Africa and all the Mediterranean islands. This exhibition, Imperial Rome, has been conceived with the conviction that visual messages contained within artifacts is the best way to explore a past civilization and create a deeper understanding of the period. The exhibition intends to illustrate various important aspects of Roman culture, both public and private, as well as Roman artistic expression, during the days of grandeur that was Imperial Rome.
Sculptures
Decorative objects
Technical Requirements
High security
High conservation
Languages
English
Chinese
Italian
Past and Future Venues
2006, 4 months, Atlanta USA 2007, 6 months, Houston USA 2007-2008, 4 months, Anaheim USA 2008-2009, 5 months, Rotterdam NL 2012-2013, 4 months, Wuhan CHINA 2013, 3 months, ChangChun CHINA 2013, 3 months, Taipei TAIWAN 2013, 3 months, Xi'an CHINA
Highlights
Curatorial excellence
Star object
Treasure collection
Exhibition Add-Ons
Exhibition tour kit
Catalogue / book
Art
Civilisations
History
Ancient civilisations
Antiquity
Archeology
Fine art
Military history
Go back to Exhibition Listings

The Triumph of Nature