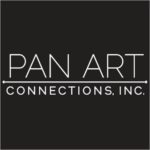 An exhibition of +120 works which explores his creative genius.
Message

Man Ray (1890 – 1976) was born Emanuel Radnitzky in Philadelphia on August 27, 1890. By the time of his death in Paris on November 18, 1976, Man Ray was well-known as an enigmatic and experimental visual artist who still today defies definition or classification.

Without doubt, Man Ray was a charismatic, iconic and international protagonist of the modern art scene that emerged in the 20th century. Famous as an important exponent of the Dada and Surrealist movements, he was tied to neither. From New York, Paris, Los Angeles and back to Paris, he experimented with many mediums and techniques. Although
he considered himself foremost a painter, he dabbled in sculpture, drawing, film and is perhaps best known for his photography.

This exhibition of +120 works explores the creative genius of Man Ray, a man who fully embraced his own life, a visionary artist who once provocatively declared “I never painted a recent painting.” The exhibition draws upon a superb European private collection and presents an evocative overview of this eclectic artist’s life, career, a multitude of his passions and in particular his love for chess. It includes iconic works of painting and sculpture as well as drawings, photogravures, “rayographs,” vintage photography, other objects and documents of his own collecting and six of his treasured chess sets. It includes the masterpiece Pandora, Portrait of Ava Gardner and a focus on the years Man Ray spent in
Hollywood, his relationship with Albert Lewin and his involvement in the 1951 Surrealistic film classic, Pandora and the Flying Dutchman.

This very unique and comprehensive collection reflects the intense scholarship, dedication and passion of a very private collector. Rarely have works of this collection been on public display, and only at very prestigious venues such as the Tate Modern, London, MNAC, Barcelona, Museum Boymans van Beuningen, Rotterdam, Musée National d’Art Moderne, Paris, to name a few, and as a collection, at the Kaohsiung Fine Art Museum, Taiwan. Provenance is well-documented as are records of previous exhibitions and catalogue publications. The 6 different chess sets constitute the largest, existing collection of Man Ray chess sets.

- All hanging works are shipped framed as per international museum standards.

- Collection is comprehensive, covering a substantial representation of the artist’s body of work making it capable of serving as a stand-alone exhibition.

- Museum curators are provided with extensive information and may curate the exhibition to their audiences, subject to review.

The Expressionism in Switzerland

The School of Yokohama

The Hidden Beauty of Seeds & Fruits