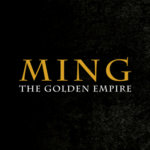 The amazing story of one of the greatest Chinese dynasties
Message

This hiring fee is set for the following exhibition format:
See all available package options
Core Experience
Hands-on activities
Panels and graphics
Original collection
Exhibition Partners
Nanjing Museum, China
This spectacular exhibition expands our experience of Ming art and artefacts beyond the famous blue and white porcelain to reveal the fascinating social, economic, artistic and architectural developments that have marked the Ming era as a Golden Age of Chinese history. Ming: The Golden Empire is a stunning exhibition which tells the story of one of the most famous periods in Chinese history through a collection of more than 130 spectacular masterpieces of the Ming dynasty from Nanjing Museum, China. Ming, literally translated as ‘brilliant’, was a long and stable dynasty which saw revolutionary social reform, technological advancement, the emergence of a burgeoning consumerism and a thriving culture of literature and arts. The critically-acclaimed exhibition presents a collection of exquisite treasures which rarely leave China, from everyday objects once belonging to ordinary Ming subjects to rare and luxurious artefacts of the imperial court, offering visitors a unique rediscovery of the fascinating dynasty which ruled over China from 1368–1644.
Sculptures
Decorative objects
Available Package Options
Turnkey
Collection and interpretation
Technical Requirements
High security
High conservation
More Details About Technical Requirements
The exhibition tours with all of the museum-grade display cases together with integrated LED lighting necessary to display the loaned collections.
Languages
English
Spanish
Dutch
Other
Past and Future Venues
2013, 6 months, Amsterdam
2014, 5 months, Edinburgh
2016, 4 months, Barcelona
2017, 4 months, Palma
2017, 3 months, Zaragoza

The Naval Struggle of the Greeks During the Revolution of 1821