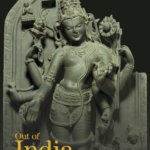 Out of India. Reflections of Sacred Worlds Claimed

Out of India. Reflections of Sacred Worlds

From the classical art of temples to the folk traditions of villages, the religious threads of India interweave into a rich, visual tapestry that represents an essential relationship in the evolution of Indian civilization and culture.

This suggestive and educational exhibition intends to illustrate the three ancient religions – Induism, Buddhism and Jainism – born on Indian soil and the interconnected religious impulses that flow across the huge sub-continent like its vital rivers. Despite similar aspects, each religion has developed its own interpretation of the sacred world and its own rituals and ceremonies. Art has given a rich and varied visual expression to these influential religions.

Illustrated by exquisite stone carvings, graceful, dancing statuettes of Indian gods and goddesses, delicately-rendered miniatures, colorful paintings, fine jewelry in precious stones and folk art, the transcendent myths and legends, the interdependent beliefs and influences of Hinduism, Buddhism and Jainism and their connection with the sacred dimension of the tribal world, are revealed, providing insight into the very pluralistic society that inhabits the most populous democracy in the world. The exhibition features about 150 original objects from an extraordinary and extensive collection, spanning 1300 years of Indian art.

A SONG WITHIN US

Colors of the World