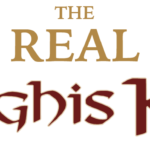 The most unique and accurate interactive exhibition of the first great Khan of the Mongol Empire!

A rare opportunity to visit the spectacular innovation, technological mastery, engineering marvels and exotic culture of the worlds greatest conqueror. The exhibition traces the course of Genghis’ dramatic life and the growth of the Mongol Empire. The storyline follows the arc of Genghis Khan’s dramatic life — from illiterate, tormented child to the millenium’s greatest ruler. Genghis Khan became one of the most gifted military innovators of any age and became the greatest conqueror the world has ever known.

Every exhibit, artifact and model is accompanied by an educational panel with historic and accurate information. All information and descriptions within the exhibition have been thoroughly researched and vetted by historians, making this the perfect educational school trip for history, geography and humanities classes.

The whole exhibition can be produced in dual language or adapted to any single foreign language at extra cost. More information available on request.
Languages
English
Additional Information
The exhibition is available based on two rental models:

a. Straight rental fee for 3 months or more
b. Shared revenue model with no upfront rental fee

Contact us for further information and the full show brochure.
Past and Future Venues
Previous venues and museums have witnessed huge increases in visitor numbers, wider multicultural audiences attending and higher ticket sales, compared to other shows they have rented or created. The exhibition is available on a flat fee rental basis or a revenue share model.

Past clients have opted for lower ticket prices between $10 and $20 per person in order to remain affordable, inclusive and attract maximum footfall. This strategy resulted in major increases in visitor numbers at previous worldwide venues as follows: 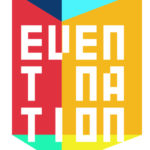