A conversation with Adrian George 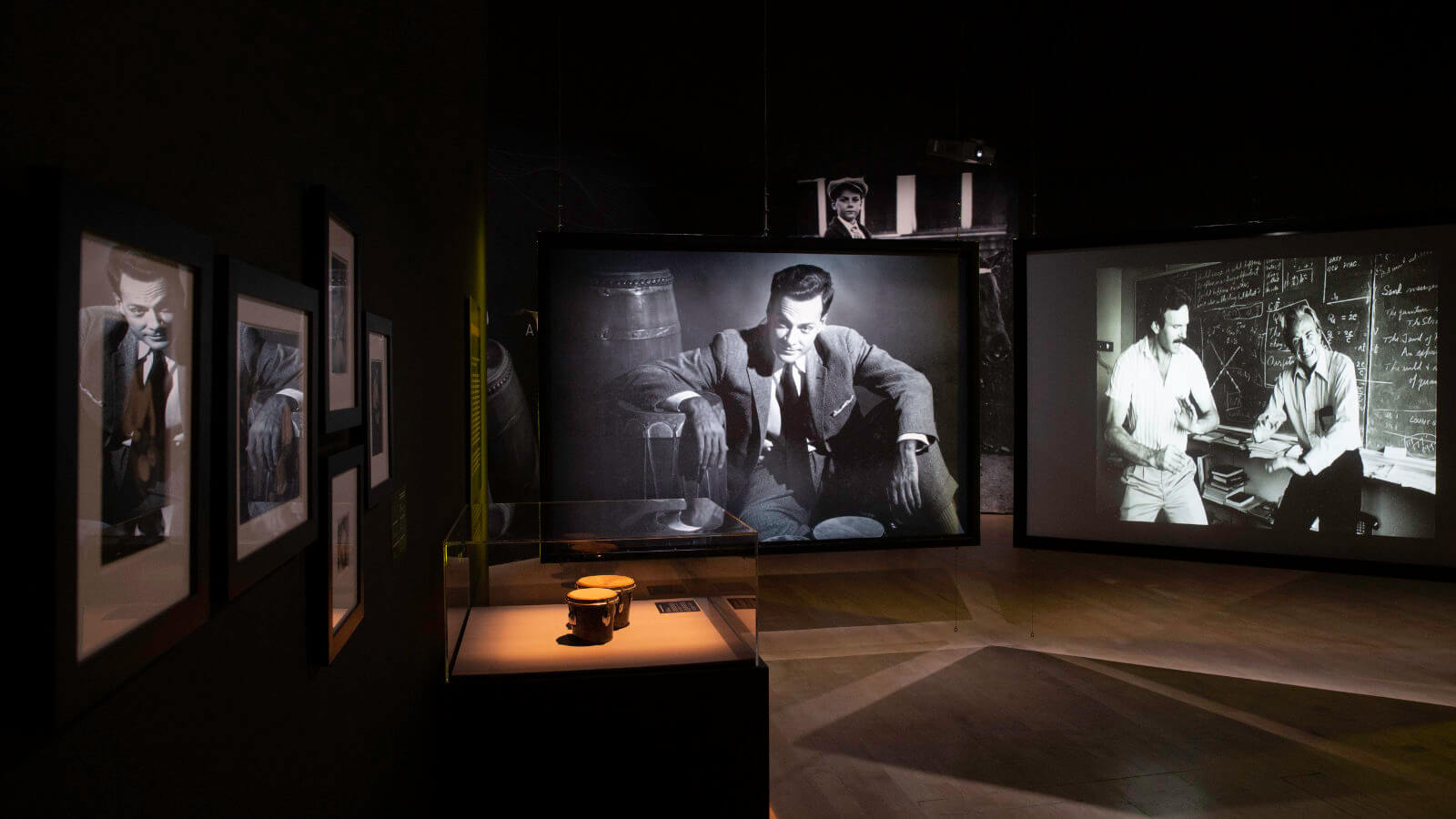 Adrian George, Associate Director of Exhibitions at ArtScience Museum at Marina Bay Sands, Singapore, discusses how the presentation of international travelling exhibitions has contributed to the success of the young institution and to position it in Singapore’s cultural landscape.

Adrian George: When ArtScience Museum was born, part of the strategy around bringing in attention-grabbing touring exhibitions was to position the museum, and embed it within the cultural ecology of Singapore. There was already a very established museum sector here and then this extraordinary museum came along. At that point touring exhibitions were at the core to what we were offering. We wanted to define ArtScience Museum as a place for people to go and experience important exhibitions, see incredible works of art, encounter new themes, concepts and ideas. We further defined our strategy in 2014, where the exhibitions are much more tied in with our art-science technology and culture mandate. That year, we hosted an exhibition on Leonardo da Vinci. Da Vinci of course is a figure who really embodies the notion of art and science.

Our hosting culture is quite open. We are increasingly looking at different types of touring models: “turnkey” projects, co-production partnerships and lots of other models including multi-partite agreements. We might be having a conversation with two, three or four potential partners, we all collaborate on the project and ultimately that project is then presented at each institution. Out of six exhibitions a year, we normally have between two and four exhibitions that are collaborative productions or tour projects. Wonderland and Disney: Magic of Animation are our tour projects for this year.

Bringing in a pre-existing touring project allows the museum's curatorial team to have the brain-space to focus on generating our own curatorial projects and exhibitions.

ArtScience Museum’s mission is “to explore where art, science, culture and technology come together”. Could you tell us how travelling exhibitions are contributing to achieve this mission?

We were the first museum of art and science in the world. Now there is a growing network of museums dedicated to art and science, and also a large number of museums and institutions that are exploring art and science connectivity in addition to the other programming that they are doing. Our ambition now is to be a very different sort of museum. Touring projects, particularly those that have attracted a lot of critical acclaim or have had very positive visitor responses, allow us the opportunity to offer our visitors something new, a dynamic and regularly changing programme across the museum.

Working with international partners on touring-in projects allows us to bring things to Singapore and provide our audiences with the opportunity to experience extraordinary exhibitions and projects without having to fly internationally to see them. Every four to five months we change at least two of the exhibitions. So no matter how often you visit there will be something different to see or do – either an exhibition or a public event, performance, film screening, artists’ talk or even artist and scientists in dialogue.

On the practical side, touring-in exhibitions allow us a little bit of time to research and develop our own in-house projects. ArtScience Museum’s curatorial team is actually very small considering the scale of the operation. The team is rather involved in handling the delivery of exhibitions as well as exploring collaborations and co-production partnerships. So bringing in a pre-existing touring project allows them to have the brain-space to focus on generating our own curatorial projects and exhibitions.

Could you tell us about collaborations that have been particularly successful for ArtScience Museum over the past few years?

In 2018, we worked with the National History Museum in London to bring in their touring exhibition called Treasures of the Natural World. It was the first time many of the objects in the exhibition had left the museum in London, let alone had been sent to Southeast Asia (SEA). Bringing these incredible artefacts to Singapore gave our visitors, not only our local audiences but also overseas visitors, the opportunity to see things which perhaps they would never have had the chance to see. Similarly, we presented the incredible Strandbeests by Theo Jansen, an engineer turned artist, in SEA for the first time and the exhibition was extremely well received by our visitors.

Touring exhibitions are a way of opening the door to other discussions and building networks.

Touring exhibitions of a certain type and in partnership with particular institutions not only allow us to provide unique experiences to our audience but also give us the opportunity to build on those institutional relationships. A partnership on a turnkey project might lead to a co-production or a collaboration or maybe even a co-commission on another project in the future. Touring exhibitions are a way of opening the door to other discussions and building networks. We have very well-established connections with museums in the UK, Australia, New Zealand and the US and we are really hoping to continue to build our networks across mainland China, Korea and Japan as we grow and develop.

When developing these collaborations on international travelling exhibitions, how do you usually welcome these projects in your institution? Do you tend to hire them turnkey or do you often request or perform adaptations?

We always assign a curator or Exhibition Producer to work with the touring organisation because, even though the exhibitions we take are all really relevant to our art science vision, sometimes we feel it is important to include some additional local or regional content. For us it is really important to position Singaporean and regional artists or art-scientists within this international context. It’s where they belong actually. This makes the tour-in exhibition more relevant to our local audience and at the same time provides a platform for SEA’s creative talents.

One of the biggest challenges with exhibitions in our museum is space, with our large 1500 square meters exhibition galleries. Touring projects are usually below a 1000 square meters. That is another reason why we have to dedicate a curator to the project – because sometimes we need to expand an exhibition in order to make best use of our spaces.

We also strive to ensure that tour-in projects meet our standards in terms of accessibility, education and engagement. We tend to have a lot of interactive content in our exhibitions, not least because we are a 21st century museum and we want to do things differently. So we might need to have some discussions with the tour institution around how we facilitate that kind of education or engagement in the gallery. There is also a need to have constant dialogues between our exhibition designers and the design team of the touring institution to ensure that we are presenting everything at its best for the lender and for us.

Some of the practicalities around touring exhibitions are actually much simpler in Singapore because this is a very 21st century city.

Singapore is a very unique location, being an island as well as a particularly dense and dynamic international hub. How does these specific geographic characteristics impact the way international logistics for incoming and outgoing exhibitions can be managed?

Some of the practicalities around touring exhibitions are actually much simpler in Singapore because this is a very 21st century city. In the UK for instance, certainly in London, very large objects currently have to be transported by road and then sea to continental Europe and only then board a transport cargo flight, usually in Amsterdam. Singapore is one of Asia’s top logistics hubs[1] and that is largely driven by the Republic’s connectivity, world-class infrastructure and stream-lined permit processes. So incoming and outgoing transport through the airport is already set up for very large crates, road transport from the airport to the museum is under an hour.  Shipping is also very straightforward – the port is 45 minutes in the other direction. So it is actually significantly easier to manage transport logistics here. The city’s infrastructure is very new as opposed to London where you have to navigate through an extraordinary network of 18th and 19th century roads in order to reach most museums! And of course, because ArtScience Museum is quite new, offloading crates for example, takes place in a fully enclosed covered loading dock with all the lifting equipment you could possibly need in order to bring the works into the galleries. So yes, Singapore is in the middle of the ocean, but actually the fact that it is a relatively young country is a huge benefit.

You have just announced the launch of your own travelling exhibition All Possible Paths: Richard Feynman’s Curious Life. I believe this is your first travelling production proposed for hire internationally. Could you tell us about this new exhibition? Are you actually launching an international touring initiative?

Yes. I think that is the next phase of our development. We have been involved in co-curatorial projects for a while and some of those projects became tours. The Executive Director has fed into touring projects from a curatorial perspective and they have then toured. But we have not really generated our own in-house travelling exhibition until this particular project around Richard Feynman took place last year. Feynman was one of the greatest physicists of the 20th century, but also an amateur musician and artist, so it seemed a perfect fit for us.

The exhibition came out of a conversation with Betsy Devine, an American author, journalist, and blogger who focuses on science, and Prof Lars Brink, who were both working with the Nobel Museum in Stockholm at the time. Through a connection with them we had the amazing opportunity to work with Michelle Feynman, the physicist’s daughter and we were able to borrow very personal items from her collection. We also had the opportunity of working with the Nanyang Technological University and the Centre for Quantum Technology in Singapore that allowed us to leverage of their expert scientific advice and to commission a new work of art just for the exhibition. When this all came together, it became apparent that the interest in the Feynman project was much greater than we anticipated. Consequently, we had conversations with all the lenders and partners to propose a tour, and, as they’ve all said yes, we want to make it happen. There was a collision of good intentions and good omens that allowed it to become our first touring project.

Disney: Magic of Animation, will be displayed at ArtScience Museum from October 2019 to March 2020

Wonderland, displayed at ArtScience Museum from April to September 2019

Treasures of the Natural World, displayed at ArtScience Museum from November 2017 to April 2018

Adrian George is a curator, commissioner, writer and educator with over 19 years’ experience working in some of the most influential art institutions in the world including the New Museum in New York, Tate Modern in London, Tate Liverpool and the UK Government Art Collection. He is a National Advisor to the Arts Council of Wales, a selector for Wales in Venice (Venice Biennale 2017 and 2019), and until November 2017, was Representative at Court of the Royal College of Art, London.