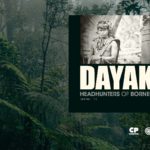 
This hiring fee is set for the following exhibition format:
See all available package options
Core Experience
Panels and graphics
Original collection
In 1509, the first European ships ventured into the remote seas southeast of India. Navigating the Strait of Malacca, they sailed into the ‘South Seas.’ Without knowing it, they had entered into the waters surrounding the world’s largest archipelago – Indonesia – a constellation of over 17,000 islands scattered across the ocean, a true, continent on water. And there before them arose the immense, mysterious island of Borneo, the third largest island in the world and home to the fierce, independent, headhunter tribes of the Dayak, a term coined by Europeans for the indigenous ethnic groups that inhabited the island. Under the cover of one of the world’s oldest rainforests, along the rivers and on the hillsides of a biosphere of incredible diversity, the some 200 ethnic subgroups of the Dayak developed their own very diverse culture. Despite a plenitude of dialects, languages, laws and customs, these disparate tribes shared distinguishing characteristics – profound animist beliefs and headhunting tactics and rituals for which they gained worldwide infamy. This very unique exhibition of +80 original artifacts belonging to the Museum of Cultures of Lugano, Switzerland, enhanced by the visual aids and suggestive set design of Contemporanea Progetti of Florence, Italy explores this island, this habitat, these people and their truly singular culture.
Photographs
Sculptures
Decorative objects
Specimens
Technical objects
Languages
English
Italian
Highlights
Curatorial excellence
Star object
Treasure collection
Exhibition Add-Ons
Exhibition tour kit
Easy translation
Civilisations
History
Ancient civilisations
Ancient worlds
Anthropology
Antiquity
Archeology
Go back to Exhibition Listings