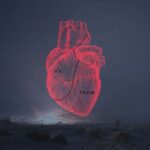 Based on true accounts, the superficial lines between subject and bystander are blurred and bound together, allowing individuals to walk in a vast space and thoroughly live a fragment of the refugees’ personal journeys. An immersive installation that reunites frequent collaborators Iñárritu and Emmanuel Lubezki alongside producer Mary Parent and ILMxLAB, CARNE y ARENA is a twenty-minute solo journey centered around a virtual reality sequence experienced by three concurrent visitors in separate rooms that employs state-of-the-art immersive technology to create a multi-narrative light space with human characters. CARNE y ARENA premiered at the 70th Cannes Film Festival as the first virtual reality project to be featured in the festival’s history. It was presented for the first time in its extensive full version at Fondazione Prada in Milan.

“During the making of this project, I had the privilege of meeting and interviewing many Mexican and Central American refugees,” Iñárritu said. “Their life stories haunted me, so I invited some of them to collaborate with me on the project. My intention was to experiment with VR technology to explore the human condition in an attempt to break the dictatorship of the frame—within which things are just observed—and claim the space to allow the visitor to go through a direct experience walking in the immigrants’ feet, under their skin, and into their hearts.”

Five-time Academy Award-winning director Alejandro G. Iñárritu was presented a special Oscar® in 2017 for CARNE y ARENA, recognized by the Academy as an exceptional storytelling experience. 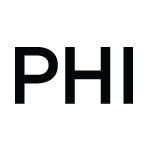