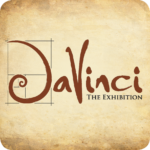 Developed by Aurea Exhibitions and produced by Imagine Exhibitions, Inc., Da Vinci The Exhibition is a hands-on examination of da Vinci’s life, research and art. Featuring more than 65 fully built, life-size inventions, more than 20 fine art studies and dozens of stunning displays, guests will learn the complex beginnings and lifetime achievements of da Vinci through his discoveries in art, engineering, flight, hydraulics, music, light and more. Throughout the exhibition’s themed galleries, visitors will discover the breadth and scope of da Vinci’s incredibly advanced understanding of science, mathematics, nature, and the relationship between the three. The artist’s intricate designs and extraordinary early concepts are spotlighted, including his design for the helicopter, tank, SCUBA, crane, clock, submarine and his plan for a modern city. Additionally, various multimedia experiences and documentary presentations will provide a multitude of supplementary information on da Vinci’s discoveries and creative process. Each invention featured within Da Vinci The Exhibition was handcrafted utilizing a modern translation of da Vinci’s unique mirrored writing style in an ancient Florentine dialect. Trained artisans used these translations to construct full-scale models and bring the master’s two-dimensional plans to life. In addition to da Vinci’s role as an inventor, the exhibition investigates a collection of da Vinci’s most renowned paintings, including some controversial works traditionally attributed to him, but not yet authenticated. Guests will have the opportunity to thoroughly study the artistic mastery behind such works as “Mona Lisa”,”The Last Supper”,”Portrait of a Young Man”,”Virgin of the Rocks”,”St. John the Baptist” and more. Throughout his lifelong devotion to the sciences and fascination with nature, da Vinci also extensively explored the world of anatomy. Da Vinci The Exhibition’s in-depth and enlightening explanations of his famous studies on subjects such as the golden ratio and “Vitruvian Man” are complemented by enlarged examples of the artist’s sketches and notes made during his controversial research on the human body.

Driverless: Who Is In Control?