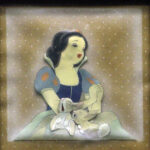 100 years of animation art from around the world
Message


This hiring fee is set for the following exhibition format:
See all available package options
Core Experience
Original collection
Reproductions
A JOURNEY INTO IMAGIMATION: A Hundred Years of Animation Art From Around the World celebrates the ongoing 100 plus year history of original rare animation production artwork since the creation of this magical art form. This extensive exhibition presents the full range of animation techniques, from the ground breaking traditional animation of Gertie the Dinosaur created by American, Winsor McCay, in 1914, through to today’s many digitally supported animation productions and applications. This unique exhibition explores the elaborate and demanding creative processes of many of the groundbreaking animators. It also highlights the incredible amount of work and talent that went into animated productions for over a century. Featured are: the amazing silhouette experimental animation of German animator Lotte Reiniger; the magical hand carved wood replacement stop motion animation of Hungarian animator George Pal; the world renowned creation of Mickey Mouse by Ub Iwerks and Walt Disney; the incredible visionary work of King Kong’s creator Willis O’Brien; the genius life like character stop motion animation of Ray Harryhausen; the zany gag driven traditional animation of Tex Avery; Chuck Jones’ wacky and unconventional and now classic traditionally animated characters and situations; and Hayo Miyazaki’s absolutely stunning and colorful Japanese fantasy anime visions; and many others. Much of the early animation artwork was either destroyed or recycled. Saving or preserving it was rarely considered, since these pieces were created to be filmed for only one fraction of a second of exposure to the camera. One of the primary reasons for this is that in the early years of movie going, animation was considered a humorous novelty, regulated just to be used as filler before the main film, or created just for children’s amusement and produced as a product. Some studios saw the potential of making some additional money from these productions and the artwork was either sold to the general public or art dealers. Eventually the scholars, animators and studios began to look at this wonderful animation artwork and realized that it needed to be saved and preserved. Now, with the resurgence of animation used internationally by all walks of life from apps to games to television to feature films, animation in all its forms is truly a universal language. This exhibition has been collated from the vast 49,000+ piece original international animation art collection preserved over several decades by animation historians and pro-fessionals Hal and Nancy Miles, founders of the Animation Hall of Fame.
Photographs
Sculptures
Technical objects
Available Package Options
Turnkey
Languages
English
Past and Future Venues
2016, 3 months, Appleton Museum of Art, Ocala - Florida, USA
2016, 4 months, The Schumacher Gallery Capital University, Columbus - Ohio, USA
2018, 4 months, Sangre de Christo Arts Center, Pueblo - Colorado, USA
2019, 3 months, Art Museum of South Texas, Corpus Christi - Texas, USA
Art
Popular Culture
Cinema & moving image
Go back to Exhibition Listings