A conversation with Olivier Retout 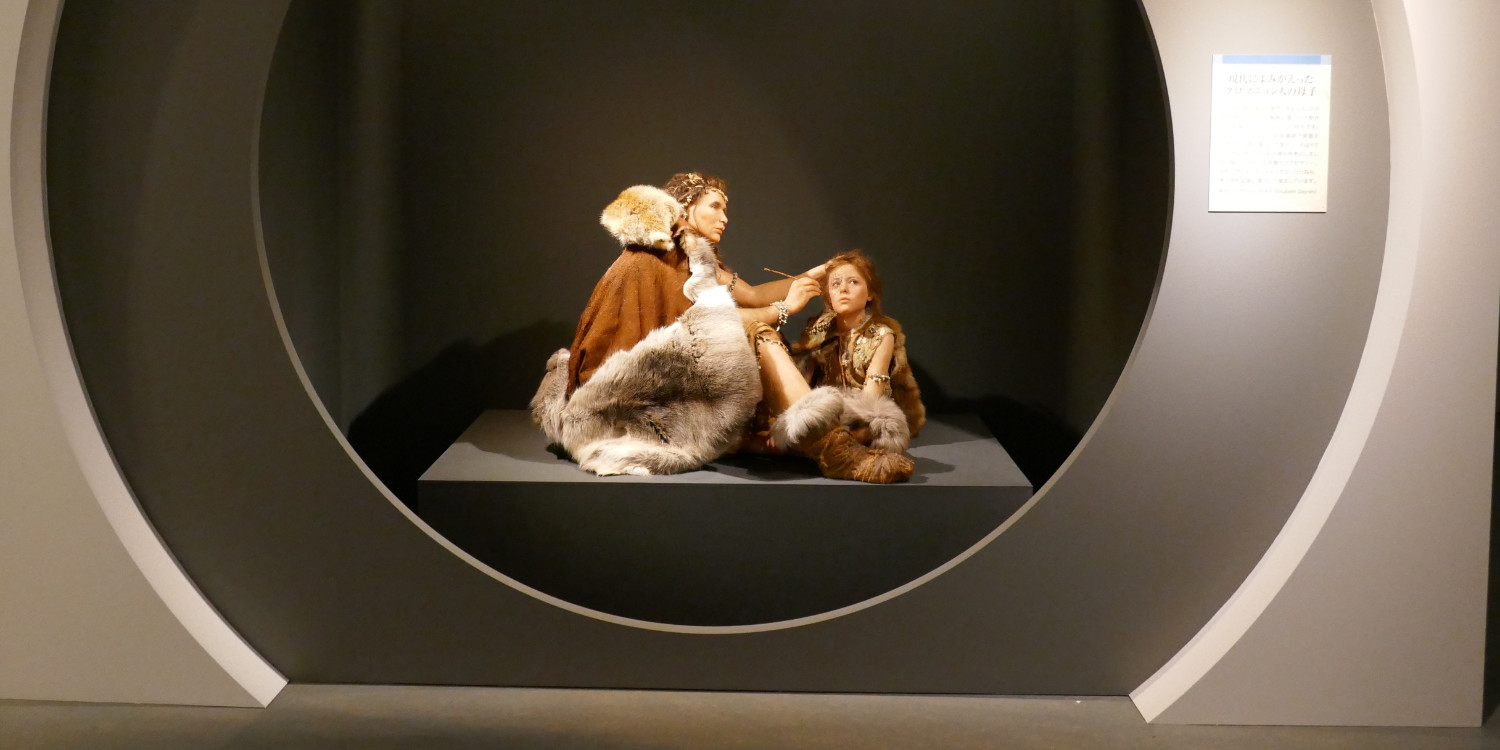 Olivier Retout tells the story of the genesis and successful global tour of the international exhibition dedicated to the Lascaux World Heritage Site.

Teo: The Lascaux international exhibition is a major travelling production dedicated to the Lascaux Cave, the iconic World Heritage Site located in the Dordogne, France. What makes Lascaux such a unique heritage site?

Olivier: The Lascaux cave is a major prehistoric site which houses a unique treasure of exceptional paintings from the Upper Palaeolithic period. Dating from c. 20,000 BP, it is not the oldest prehistoric cave to have been discovered to date, but it is probably the most important one in the history of prehistoric art. The cave is a small underground space of 3,000 cubic metres, full of beautiful polychromatic paintings and subtle engravings, presenting skilfully drawn animals, which stand out on the cave’s white walls in an inimitable manner. Lascaux was discovered by a group of four teenagers in September 1940, when London was under bombing. This beauty coming out from the past was welcomed as a sign of hope. Before Lascaux, prehistoric art was not fully accepted despite the controversy around Altamira. Since Lascaux, the debate has been closed: yes, our Palaeolithic ancestors were able to produce art.

In 1979, Lascaux was classified as a UNESCO World Heritage site and has become the iconic reference for cave art we know today.

The site received large numbers of visitors between 1948 and 1963. But concerns for its conservation led to its closure in 1963, and the site has been closed to the public since that date. The only way to admire it now is therefore through reproductions.

In 2011, the decision was made by the local authorities to create a large travelling exhibition dedicated to this World Heritage site. Could you tell us how it all started?

Following the discovery of Lascaux, the site received large numbers of visitors between 1948 and 1963. But concerns for its conservation led to its closure in 1963, and the site has been closed to the public since that date. The only way to admire it now is therefore through reproductions. In the 2000s, a first light reproduction on mobile panels was developed in the Dordogne. In the early 2010s, it was decided to create the Lascaux International Centre of Parietal Art, which would present a full size replica of the cave in Montignac, next to the original site. At the time, the General Council of the Dordogne also appointed me, as a touring specialist, to do a feasibility study for the creation of an original travelling exhibition, designed for a world tour and to be presented in the largest museums. I demonstrated in my study that it was possible and was then appointed to turn it into a reality.

How did the creative team design a touring exhibition to make Lascaux travel?

Because of the iconic dimensions of the Lascaux site, I decided to design a large exhibition, which would cover a minimum of 1,000 m2, based on a unique set of perfectly accurate life-size facsimiles and full of knowledge of Lascaux. I set up a scientific committee chaired by the well-known palaeontologist Yves Coppens, co-discoverer of Lucy, which gathered a team of specialists. Having access to all archives and documentation, I wrote a synopsis giving the exhibition the purpose to unveil “Lascaux like no one has seen it before”. I appointed Claire Devisscher as technical director and Nathalie Grenet as the museograph associated with Nicolas St Cyr to write a complete programme. More than 15 French scientific institutions contributed to the development of the content. The Facsimiles Workshops of Perigord created an exceptional suite of facsimiles, designed with a modular approach to facilitate travel and installation. The result is a stunning hyperrealistic monumental artwork which transports visitors to the site in a powerful way.

Beyond the Cave exploration, how are visitors invited to meet our ancestors?

I took the pretext of Lascaux to give a new perspective on our cavemen ancestors. I requested the experience and skills of Mrs Elisabeth Daynes, a hyperrealistic sculptor specialised in paleo-art, to create a European early modern human (EEMH) family with their clothing, tattoos, jewels and ornaments. The exhibition features hyperrealistic reconstructions of an EEMH family built from Magdalenian skull fossils, of a startling reality. We also augmented the experience with interactives, original objects and interviews with specialists telling the story of Lascaux and our ancestors.

In many places around the globe, Lascaux is known as “the first” trace of art. The project was a superb opportunity for museums to present an Art & Science exhibition giving some light on our origins.

The exhibition has been travelling for 10 years on an incredible tour that took Lascaux to parts of Asia, Europe, North America and Africa. What do you think gave such a global appeal to the Lascaux exhibition and story?

In many places around the globe, Lascaux is known as “the first” trace of art. The project was a superb opportunity for museums to present an Art & Science exhibition giving some light on our origins. Many scholars, in Japan and Korea notably, remembered Lascaux as it was in their first lessons in middle school, when they started to learn about prehistory and history.

With such an unusual set of displays, has it been quite challenging to tour the exhibition internationally?

The tour has been an extraordinary challenge and we have not installed the same exhibition twice! Indeed, with 40 tons of materials, 95 wooden crates and some very big pieces, it has always been necessary to perform a local adaptation. My strategy was to recruit a dedicated team of specialists, including an IT engineer and a senior logistics expert, to ensure continuity between transportation and installation. In some places, getting the large facsimiles into the museum was a big challenge. In Brussels, for instance, we had to rent a big crane with a 30-metre arm. In South Korea, we signed a contract with the municipality of Gwangmyeong when they still did not have a place to welcome Lascaux. A few months later, a special building was created by French architect Jean Nouvel and we are proud to now have a permanent “Lascaux exhibition hall” in Korea.

We wanted to share the story of Lascaux with larger audiences, and give smaller institutions the opportunity to host the exhibition. The Covid pandemic has also increased transport costs. So we have developed a lighter, smaller exhibition, called Lascaux Experience, where a virtual reality immersive experience in the Lascaux cave replaces the physical facsimiles. With a footprint of 500 m2, only two containers instead of 12, and with a free roaming set up, the new exhibition is a very flexible experience where visitors can feel as though they are entering the closed site and literally walking around in the cave.

Where can visitors discover the new Lascaux immersive exhibition now, and what’s next for the Lascaux production?

Lascaux Experience was successfully presented initially at the Prehistomuseum in Flemalle, Belgium, and is currently displayed at Muse in Trento, Italy. Some 2023 time slots are still available, and in 2024, the facsimiles and VR will be hosted by the Anthropological Museum of Monaco. Talks are currently open with cultural venues in the USA and China regarding the years to follow. 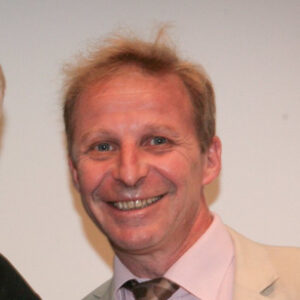 Olivier RETOUT is a French citizen living in Brussels who holds a PhD in Material Sciences. Following a career as a scientific journalist, Olivier was appointed by the Natural History Museum of Belgium to create the International Relations service of the institution. There, as the first assistant to the Director, he developed expertise in touring through European projects and notably created Extra, the first database of scientific touring exhibitions in Europe, currently hosted by ECSITE. He was then selected in 2010 by the Department of the Dordogne to design and manage the Lascaux international exhibition.