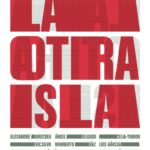 AURA
La otra isla (The Other Island) is a multiplatform project that tells the stories of visual artist communities working in Cuba focusing on how they navigate political and social constraints in the island. This project, developed with the support of Open Society Foundations, is comprised of a film documentary, a docuweb, a public program, and this artistic exhibition. The exhibition was part of a series of cultural and academic activities around the 60th anniversary of the Cuban Revolution. Relevant artists in the Cuban and international scene of recent years participate in the exhibition: Alexandre Arrechea, Ángel Delgado, Celia-Yunior, Eric Silva, Humberto Díaz, Luis Gárciga, Marta María Pérez Bravo, Raúl Cordero, René Peña, Reynier Leyva Novo, Luis Manuel Otero, and Rolando Vázquez. Composed by 20 works in different formats such as photography, painting, graphics, installation and video, 3 of them produced specifically for the project. Curated by Yissel Arce Padrón, a specialist in Cuban art, The Other Island brings together artists based in Cuba and in the diaspora in a space for horizontal discussion. The exhibition is an opportunity for critics, researchers and viewers to get closer to a particular, but fundamental experience of the relationship between art and politics in the region.
Photographs
Sculptures
Available Package Options
Collection and interpretation
Technical Requirements
High security
High conservation
More Details About Technical Requirements
Please contact us to learn more about the technical requirements:
+52 55 6840 2655
[email protected]
Languages
English
Spanish
Additional Information
Please contact us to learn more about this exhibition:
+52 55 6840 2655
[email protected]
Past and Future Venues
Oct 2019- Jan 2020 Casa Rafael Galván Gallery, Universidad Autónoma Metropolitana, Mexico city.

Highlights
Curatorial excellence
Other
Highlights Details
The work of 12 contemporary Cuban artists gathered in an exhibition that was part of the 60th anniversary of the Cuban Revolution.

20 works by a selection of the most relevant artists on the Cuban contemporary art scene. 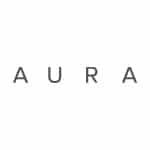